Executive Chairman and Brand Chief at Under Armour

Mr. Plank became Under Armour’s Executive Chairman and Brand Chief in January 2020, following his role as Founder, Chief Executive Officer and Chairman of the Board of Directors from 1996 to 2019, and President from 1996 to July 2008 and August 2010 to July 2017. Founded in 1996 out of frustration that cotton T-shirts were unable to keep him dry and comfortable while playing football at the University of Maryland, Mr. Plank designed and created a new apparel innovation that efficiently wicked sweat to optimize athletic performance. Nearly a quarter of a century later and Under Armour has grown into one of the world’s leading developer, marketer, and distributor of branded performance apparel, footwear and accessories. Mr. Plank also serves on the Board of Directors of the National Football Foundation and College Hall of Fame, Inc., and is a member of the Board of Trustees of the University of Maryland College Park Foundation. 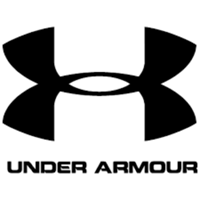