Jennifer 8. Lee is the founder of Emojination, a grassroots group whose motto is "Emoji by The People, For the People" which played a role in passing the hijab and dumpling emojis. She is also the founder of Emojicon, a conference celebrating all things emoji.She is the co-founder and CEO of Plympton, a San Francisco-based literary studio that innovates in digital publishing. A former New York Times reporter, Jenny is a producer of “The Search for General Tso,” and and the author of the New York Times-bestselling book, The Fortune Cookie Chronicles. Jenny also serves on the boards for the Nieman Foundation, the Center for Public Integrity, the Digital Public Library of America, the Asian American Writers’ Workshop, Hacks/Hackers, as well as committees for the New York Public Library Young Lions committee, the Robert F. Kennedy journalism awards, and SXSW programming. Jenny has served as the lead judge for the Knight News Challenge, and on the launch team for Upworthy. Jenny graduated with a degree in Applied Math and Economics from Harvard, where she was vice president of The Harvard Crimson. 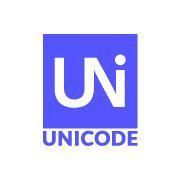