Abhijay Prakash is President of Universal Filmed Entertainment Group (UFEG). In this role, he is responsible for driving the Studio’s strategic and long-range planning, while also overseeing the business operations of UFEG including finance, business development and administrative functions. Prakash acts as point to manage day-to-day operations working closely with all functional leads and corporate partners. Prakash previously served as Chief Operating Officer for DreamWorks Animation. Prakash oversaw the animation studio’s strategic planning and primary business operations including finance, business development, technology, and administrative functions. In addition to his responsibilities as COO, he also worked closely with other Universal leaders on release planning, franchise management, and brand development.  Prior to DreamWorks Animation, Prakash was Chief Operating Officer for Focus Features overseeing all aspects of finance, strategy, business affairs, physical production, distribution and operations. Prior to that role he served as Executive Vice President, Film Strategy and Operations for Universal Pictures.   Prior to his tenure at Universal, Prakash served as a Consultant at the Boston Consulting Group in its Media and Entertainment division. He has also held positions at IGN Entertainment and Artisan Entertainment, the precursor company to Lionsgate; and previously worked as a public policy researcher.   Prakash is a member of the Academy of Motion Picture Arts and Sciences. He received his MBA from the Wharton School of Business at the University of Pennsylvania and his Bachelor’s Degree in Economics from Princeton University in addition to holding a Master’s Degree in Film from Northwestern University. 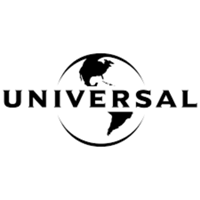