Kara leverages her own founder experience to help entrepreneurs build high-performing teams across software, consumer, and the future of work categories. She is also a founding member of All Raise, dedicated to diversity in founders and funders. Before joining Upfront in 2014, Kara co-founded Moonfrye, a children’s e-commerce company. Prior to Moonfrye, Kara spent close to seven years at IAC where she was the SVP and General Manager of Urbanspoon and Citysearch. Earlier Kara co-headed IAC's M&A group where she led some of their most successful acquisitions, notably Urbanspoon, Dictionary.com and Aston Hotels. She also served as a board member to Hatch Labs, IAC’s mobile technology incubator, where she was the seed investor in Tinder. In earlier years, Kara spent time at Morgan Stanley, Microsoft, and Battery Ventures. She received her AB in Politics from Princeton University and her MBA from Stanford University. 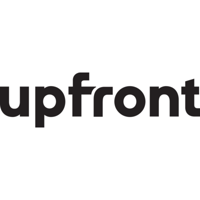