Eric Fuller has served as a Director since 2012, as Chief Executive Officer since March 2017 and as President since March 2018. Mr. Fuller also previously served as our President from December 2015 to March 2017 and as Chief Operating Officer from 2012 to March 2017. Prior to accepting his current role, Mr. Fuller served in various operational and leadership roles since 2000, including as our Executive Vice President of Operations and interim President of Arnold, our former subsidiary. Mr. Fuller serves as an executive director of the board of the American Trucking Associations (“ATA”) and as a member of the ATA’s Infrastructure Task Force, an organization created to address the country’s critical need for highway and bridge improvement. Mr. Fuller also serves as a director of the Trucking Alliance, a coalition of freight and logistics companies that support safety and security reforms. We believe Mr. Fuller’s extensive transportation and leadership experience, as well as his deep understanding of the Company’s culture, qualify him to serve as a director. Eric Fuller is the son of Max Fuller. 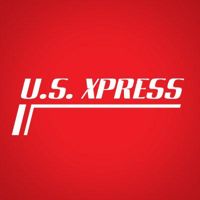