Gary Storm is the President, CEO and Founder of vCom Solutions, Inc. vCom Solutions is a Telecom Expense Management Firm that helps multi-site companies reduce and manage their communication costs. In 2005, vCom Solutions was ranked as the #1 Fastest Growing Private Company in the San Francisco Bay Area. In 2006, vCom was ranked as the #51 Fastest Growing Company in the United States (Entrepreneur Magazine). Mr. Storm has worked in the telecommunications industry for more than 15 years. Prior to founding vCom Solutions in 2001, Gary was the former President & CEO of Networld Communications. Gary was instrumental in shaping Networld into one of the leading next generation voice and data equipment providers in the country. Under his leadership Networld made the Inc. 500 list as the 62nd fastest growing private company in America. He successfully led Networld’s second round of funding that enabled Networld to introduce its Hosted IP Telephony service, which was later spun off into a separate company, CallTower. Prior to Networld Communications, Gary held sales positions with Nortel Networks and Williams Communications. Mr. Storm is on the Board of Directors for Junior Achievement of Northern California and also The First Tee of the Tri Valley. He is also on the Board for COMPTEL. 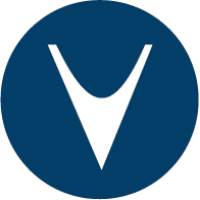