Sam joined the Board in 2015. Sam started his career at Deloitte Consulting. In 1999, Sam founded Trade Me, which was sold to Fairfax Media in 2006. Sam was an early investor and a director of Xero for 10 years, from 2007 to 2017. Sam has been a director of several public companies including Fairfax Media Australia, and was involved as a director in listing both Xero and Trade Me on the NZX and ASX. Sam is an active investor and is the founder of Jasmine Social Investments. He lives in Nelson, New Zealand. 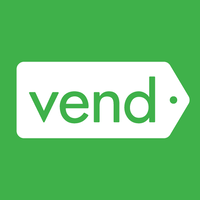