VidSig, a one-to-one video platform that connects fans with their favorite celebrities and influencers, announced that Jonathan Yarnold has been named Chief Executive Officer. His appointment is part of the company's initial plans for global growth.

In a press release, VidSig Founder Jeff Dudum stated, "What Jonathan brings to VIDSIG is a triple threat of unique creative vision, a highly strategic mindset, and a track record of creating significant value in a number of industries. We are poised for unprecedented expansion and we believe that Jonathan will lead us to new heights globally."

Yarnold added, "You can't manufacture emotion, and that's part of what makes VidSig so special and so valuable. What VidSig has built over the past few years has created an opportunity that only comes along once or twice in a generation, and it's thrilling to be a part of producing truly innovative and meaningful value for consumers around the world." 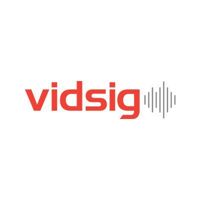