Tobiason will assume the role of leading GetInsured's financial organization effective immediately. As former CFO of Lime, the largest player in the dockless scooter category operating in more than 30 countries and 120 cities, Tobiason helped scale the business and led multiple financings raising $200 million in capital. Since 2004, Tobiason has served as managing director for Morgan Stanley, Deutsche Bank and Bank of America, focusing on IPOs as well as convertible debt and private placements. His clients have included Uber, Airbnb, SoFi, Cruise Automation, Twitter, Veeva, Guidewire and Lucid Motors. Tobiason has 30 years of experience as a banker and an operator in the technology industry.

"I was drawn to this opportunity because not only is GetInsured the market leader in technology for state exchanges, it is driving the adoption of SaaS in the massive public healthcare IT sector. This is by far the largest remaining market to migrate to Saas," said Tobiason. "There are very few rapidly growing companies with enormous end-market opportunities that also already have strong financials. GetInsured has a very strong team and a compelling product."

Since the launch of the Affordable Care Act, GetInsured has become a leader in the state-based exchange market with seven state clients. The company has grown 50 percent on a compounded basis over the past four years, and operates an industry-first SaaS platform for Affordable Care Act (ACA) Marketplaces.

"Ted is an amazing addition to our leadership team," said Chini Krishnan, CEO and co-founder of GetInsured. "GetInsured has increasing momentum right now in an environment where government healthcare IT clients are increasingly beginning to make the transition to SaaS-based platforms. With his extensive experience anchoring public offerings and other corporate transactions, Ted will undoubtedly help us power our next stage of growth."

To learn more about GetInsured's expanding team or its work with state-based exchanges, visit company.getinsured.com. 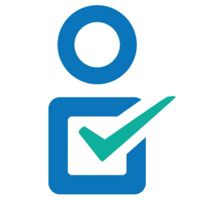