Steve Wagner, Broker/ Owner and founding partner for Virtual Properties Realty, has been actively involved in all facets of Real Estate since 1989 which includes: residential, land, commercial, Real Estate instructor and managing broker. Steve and his partner, Karen Burks, began Virtual Properties Realty in 1999 which has consistently grown in size and productivity since its inception. Every year since 2007 Virtual Properties has earned the prestigious “Pacesetter Award” presented by the Atlanta Business Chronicle for being one of Georgia’s fastest growing offices in the state. In 2007, Virtual Properties also received the prestigious “Pinnacle Award” (presented by the Gwinnett Chamber of Commerce) for being the top (#1) managed small business in Gwinnett County. In conjunction with the Pinnacle Award, Steve has also been recognized as the “Business Executive of the Year” for Gwinnett County. Steve is currently listed this year in the Atlanta Business Chronicles “Who’s Who” for being one of the top 100 key leaders shaping the Atlanta housing industry. The offices of Virtual Properties (per the Atlanta GAMLS) also enjoys the highest ranking in almost every Real Estate statistic including the #2 position in the number of buyer side real estate sales made last year in Georgia. Steve is a graduate of the Realtor’s Institute and has earned his ABRM, CSP and C-Rep designations. Steve has also been a very active board member in the Northeast Atlanta Metro Association of Realtors (NAMAR), which is the second largest REALTOR@ association in GA. In addition to serving as the 2018 NAMAR Treasurer he was also elected as the 2019 NAMAR President. Steve also regularly attends the monthly GAR contract revision meetings where he participates in helping what will be added or changed in the coming year’s revised contracts. 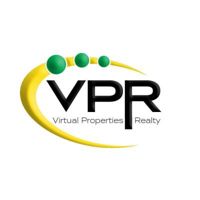