Alfred F. Kelly, Jr. joined Visa in October 2016 and has served as chief executive officer since December 1, 2016. He has been a member of the board of directors since 2014. Previously, Mr. Kelly was president of the American Express Company, and most recently, he was president and chief executive officer of Intersection. Before becoming CEO of Intersection, he was a management advisor at TowerBrook Capital Partners LP. From 2011 to late 2014, Mr. Kelly served as chairman, president and CEO of the 2014 NY/NJ Super Bowl Host Committee. He led numerous groups at American Express Co. between 1987 and 2010, including the Global Consumer Group, the Consumer Card Services Group, OPEN from American Express, Consumer Travel, Global Travelers Cheques, the U.S. Merchant Group and Prepaid Services, U.S. Customer Service, Global Risk Management and Interactive Services. Mr. Kelly was the chairman of the 2015 Papal Visit Committee for NYC and is active in numerous philanthropic endeavors, including serving as Chairman of the Board of the Mother Cabrini Health Foundation, a trustee of the New York Presbyterian Hospital and of Boston College, and as a member of the finance council for the Archdiocese of New York. Mr. Kelly also worked at the White House from 1985-1987 as manager of information systems and at PepsiCo from 1981 to 1985 in strategic planning. He received a bachelor's degree as well as an MBA from Iona College. 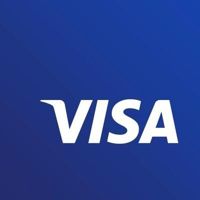