Jean-Pierre Brulard is Executive Vice President of Worldwide Sales for VMware, based in Palo Alto, California. Responsible for more than $10B in annual sales, he leads the company’s go-to-market organization, including sales, field operations, and global channels and partnerships. As a sales leader, Jean-Pierre maintains a customer-first focus, helping them to simplify and transform their business with industry-leading multicloud and application architecture software. He leads a high-performing team accelerating VMware’s business transformation to a hybrid SaaS and on prem model. Jean-Pierre is an accomplished business leader with deep knowledge of the international markets. In his previous VMware role, based in London, he was the Senior Vice President and General Manager for Europe Middle East and Africa (EMEA), where he led a team of over 6,000 employees across 40 countries and was responsible for the strategic planning, business operations, go-to-market strategy and management of VMware’s EMEA business. During his tenure, Jean-Pierre transformed the EMEA go-to-market from channel-only to a multi-solution and enterprise-centric model, and substantially grew the emerging markets business across Middle East, Africa and Eastern Europe. Jean-Pierre has spent more than 30 years’ leading global businesses across the largest technology companies in the world, including IBM, Sun Microsystems, and Unisys – navigating complex and competitive environments to scale multi-billion-dollar businesses across EMEA. Prior to joining VMware, as Senior Vice President, General Manager and key member of the Worldwide Executive Committee at Business Objects, he successfully developed the Business Objects market in Europe, transitioning to SAP after their acquisition. As a people leader, Jean-Pierre is committed to diversity and inclusion, sponsoring the Women’s Forum in EMEA, as well as a strong advocate for women leaders in technology. Throughout his career, and across multiple geographies, he has focused on attracting, developing and retaining talent by promoting inclusion and gender diversity. Jean-Pierre holds a Master’s in Business Studies from the Normandy Business School in France, completed by British and Spanish Chamber of Commerce graduation. 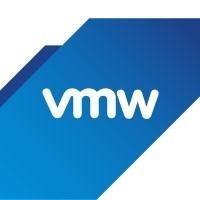