Keith E. Whitfield became provost of Wayne State University on June 1, 2016. Previously, he was vice provost for academic affairs at Duke University, and held appointments as professor in the Department of Psychology and Neuroscience, research professor in the Department of Geriatric Medicine at Duke University Medical Center, and senior fellow at the Center for the Study of Aging and Human Development. He also was the co-director of the Center on Biobehavioral Health Disparities Research. An expert on aging among African Americans, Dr. Whitfield has published 200 articles, books and book chapters on cognition, health, and individual development and aging. He is a longtime member of the advisory board of Wayne State’s Institute on Gerontology, has participated in a number of committees for the National Academies of Sciences and Medicine, and has served on several study sections for the National Institutes of Health. As Wayne State’s chief academic officer, Dr. Whitfield is the second-ranking executive officer and responsible for all matters related to the instructional mission of the university including faculty matters, student performance and retention, and academic personnel policies and decisions, among other duties. Dr. Whitfield earned a bachelor’s in psychology from the College of Santa Fe, a Ph.D. in lifespan developmental psychology from Texas Tech University, and received postdoctoral training in quantitative genetics from the University of Colorado Boulder. 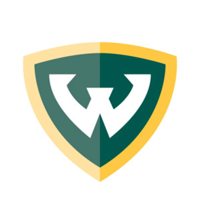