"Barri is a strategic and collaborative leader with deep experience in communications strategy, change management, brand marketing, and business transformation," said Daley. "We look forward to her leadership as we redefine the company's culture, voice, and narrative."

Rafferty brings nearly 30 years of leadership experience to team at Wells Fargo. She most recently served as the CEO at PR firm Ketchum where she became the first woman to lead a top-five public relations agency. As CEO, she headed strategic initiatives to focus on digital transformtion and helped the company gain significant recognition, including being the most-awarded PR firm at Cannes in 2019, 2018, and 2017.

In addition to her leadership experience, Rafferty has been a strong advocate of diversity and inclusion and is a founding member of Omniwomen, an initiative to increase the number, seniority, and influence of women in leadership roles. Rafferty has spoken on gender parity and unconscious bias at the World Economic Forum in Davos, Switzerland, Dalian, China, as well as at TEDxEast.

"I look forward to working closely with the new leadership team to help our stakeholders understand the incredible transformation underway at this iconic company," Rafferty said. 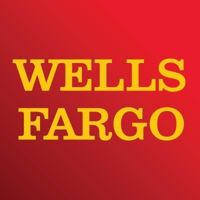 SAN FRANCISCO--(BUSINESS WIRE)--Wells Fargo & Company (NYSE: WFC) today announced that Reetika Grewal has been named head of Digital for Commercial Banking and Corporate & Investment Banking. She will join the company in late April and report to Ather Williams III, head of Strategy, Digital, and Innovation. She will be based in San Francisco. In this new position, Grewal will be responsible for accelerating development and implementation of commercial and corporate banking digital offerings and market-competitive capabilities. She will lead the company’s strategy to improve digital experiences for commercial and corporate clients, simplifying the way businesses interact with Wells Fargo. “We are excited to welcome Reetika to Wells Fargo to lead the digital transformation of our Commercial Banking and Corporate & Investment Banking businesses,” Williams said. “Our clients are looking for seamless solutions to help them run their businesses and manage payments efficiently and securely. Reetika’s proven success in the payments and fintech industry will help us deliver deeper financial experiences.” Grewal joins Wells Fargo from JP Morgan Chase, where she was most recently the head of Digital for the Commercial Bank. Prior to JP Morgan, she worked at Silicon Valley Bank as the global head of Payments Strategy and Solutions. She also previously worked in Online Payments Product Management at Wells Fargo. Grewal has also held positions at startups in product development and strategy roles and in user-centered design consulting. Among the multiple awards and recognition received for her work in the payments and innovation space, Grewal was named one of the PaymentsSource Most Influential Women in Payments four years in a row (2015 – 2018). She also was recognized in the Innovators to Watch list for 2015 by Bank Automation News, and received the Global Power Women in Fintech award in 2015. Grewal was a Presidential Advisory Board member of the Electronic Transaction Association and a Strategic Advisory Board member at FTV Capital. She has a Bachelor of Arts in French and International Relations from the University of Michigan and holds a Master of Business Administration from Washington University. Grewal joins other recently named leaders within Wells Fargo’s Strategy, Digital, and Innovation organization. The company hired Michelle Moore as Digital Platform leader to manage digital experiences for Wells Fargo’s consumer business units. Liz Guthrie was recently named head of Innovation and Research & Development, leading companywide innovation initiatives and research and development that will drive better customer experiences and efficient business growth. And Toby Brown was recently named leader for Strategy, Integration, Planning & Analysis, which is responsible for strategic planning, data and analytical work, and business financials.

Wells Fargo & Company (NYSE: WFC) today announced Michael Liersch as the head of Advice and Growth Strategies for Private Wealth Management, a division of Wealth & Investment Management. In this new role, Liersch will lead a newly combined team responsible for the delivery of all comprehensive planning services and growth strategies for clients of Wells Fargo Private Bank and Abbot Downing. The team also includes the business’s comprehensive family dynamics, as well as family and business history services. Liersch joins Wells Fargo from JPMorgan Chase, where he served as managing director and global head of Wealth Planning & Advice. Prior to his role at JPMorgan Chase, he served as head of Behavioral Finance and Goals-based Consulting at Bank of America-Merrill Lynch, and as head of Behavioral Finance at Barclays Wealth, Americas. He was also a faculty member at New York University, where he taught management and organizational analysis. “Michael’s extensive experience, his diverse background in behavioral finance, and his deep understanding of our clients’ complex planning needs are a natural fit for this new role,” said Julia Wellborn, head of Wells Fargo Private Wealth Management. “With his unique qualifications, Michael’s arrival at Wells Fargo at this unprecedented time will enhance our ability to serve clients who are looking for advice now more than ever.” “I’m so pleased to be joining Wells Fargo during such a transformational time — for the company, for the Private Wealth Management business, and for our clients who are navigating new levels of uncertainty,” said Liersch. “I’m joining an excellent team, and I look forward to all that we’ll be able to accomplish together.” Liersch received a bachelor’s degree in economics from Harvard University and a doctoral degree from University of California, San Diego, in cognitive psychology. He is a published author in behavioral finance and a frequent media contributor. He will be based in New York City. SOURCE: Wells Fargo