Michael Ray is Executive Vice President and Chief Legal Officer of Western Digital. He is responsible for the company's worldwide legal, risk management, compliance and government relations functions. Prior to his current role, he served as Senior Vice President, General Counsel since October 2010. He has held a number of positions at Western Digital since joining the company in 2000, including Senior Counsel, Assistant General Counsel and Vice President, Legal Services. Ray serves as a member of the company's executive management team and provides strategic advice to the team and the members of the company's Board of Directors. He oversees teams responsible for supporting the company's efforts to develop, manufacture, market and sell storage products globally through the company's independent subsidiaries. He also leads teams responsible for protecting the company's significant intellectual property, strengthening and defending the company's brands worldwide, and complying with regulatory and public-company obligations. Prior to joining Western Digital, Ray was corporate counsel for Wynn's International, Inc., an NYSE-listed manufacturer of automotive parts and chemicals; served the U.S. District Court, Central District of California as judicial clerk; and practiced trial law, law and motion and labor/employment law at O'Melveny & Myers, LLP. Ray holds a bachelor's degree, with honors, from Harvard College; and a law degree, with honors, from Harvard Law School. Ray has received numerous awards and citations, including being honored as the Orange County Business Journal's Public Company General Counsel of the Year for 2012. Ray has served since 2001 as a director of Mercy House Transitional Living Center, based in Santa Ana, California, one of California's largest providers of services and housing for homeless men, women and children. He is also a director of the United Way of Orange County, and has co-chaired the Orange County United Way Tocqueville Society Bench & Bar affinity group since 2013. 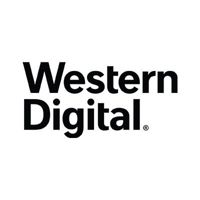