Ava Harter joined Whirlpool Corporation in December of 2020 as the Chief Legal Officer. As the chief legal officer, Ava leads the company’s legal, ethics and compliance, EHS, sustainability, and security teams. Ava joined Whirlpool Corporation from Owens Corning, where she served as senior vice president, general counsel, and corporate secretary since 2015. In this role, Harter led global legal operations, government affairs, and corporate affairs. Prior to her role at Owens Corning, she acted as general counsel and chief compliance officer for Taleris America, LLC. Harter also previously held roles of increasing responsibility with General Electric, The Dow Chemical Company, Jones Day, and Thompson Hine LLP. Harter holds a Juris Doctor degree from Northwestern University School of Law, a Masters in Sociology from the University of Nebraska, and a BA in Political Science from Northwestern University, and was an adjunct professor at the Case Western Reserve University Law School. 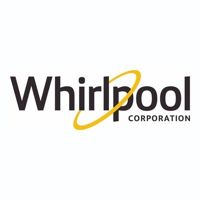