Patrick joined the William Hill Group in March 2019. He brings a wealth of experience gained within the digital entertainment industry where he began his career at Endemol working his way up to Director of Participation TV. Following this role he moved to Digital Director for the Netherlands lottery and then to MD of Betsson where he assumed responsibility for the businesses CRM, marketing and product. In his spare time, Patrick enjoys playing squash competitively, in 2004 he won a squash competition in his home town against 40 opponents from neighbouring towns and cities. 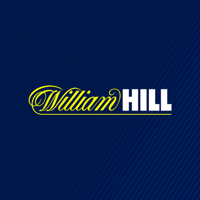