View in org chart
View in org chart
Born in 1970, American, appointed as board member until 30 June 2023, James Freis previously has been responsible for compliance at Deutsche Börse AG, Frankfurt, since 2014. Prior to this, he worked for the international law firm Cleary Gottlieb Steen & Hamilton, Washington DC. Between 2007 and 2012, he was Director (CEO) of the United States Department of the Treasury's Financial Crimes Enforcement Network (FinCEN), where he was a senior U.S. government official responsible for the regulation of financial institutions. Freis was also head of the U.S. Financial Intelligence Unit (FIU), which conducts investigations into the implementation of and compliance with laws. He began his career in 1996 as a lawyer at the Federal Reserve Bank of New York. He later served as Senior Counsel at the Bank for International Settlements in Basel, Switzerland, before joining the U.S. Department of the Treasury as Deputy Assistant General Counsel for Enforcement & Intelligence. James Freis holds a degree in economics from Georgetown University and a doctorate from Harvard University's law school. 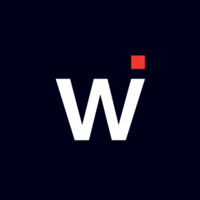