Joseph (Joe) H. Mancini, Jr. was named chief accounting officer for Xerox effective in 2013. He has been a vice president of Xerox Holdings Corporation since 2010. Joe is responsible for Xerox’s worldwide books of account, external and internal financial reporting and finance systems. He is also responsible for Xerox’s Sarbanes-Oxley financial compliance processes, internal control, audit coordination activities and finance training. He is the interface with the company’s auditors PricewaterhouseCoopers, and maintains, develops and interprets accounting policies. Prior to this appointment, Joe was the chief financial officer for the Xerox Technology business ensuring adequate internal controls, financial discipline and integrity. He also served as vice president of finance for Xerox North America and was responsible for the financial and strategic leadership for the Xerox’s sales operations throughout the United States and Canada. Previously, Joe served as managing director for mergers and acquisitions and intellectual property operations. While in this position, he helped lead the acquisition of Affiliated Computer Services, the largest acquisition in Xerox’s history, as well as Global Imaging Systems. Other management positions held by Joe include vice president of finance for Xerox’s Office Group, director of long-range planning and strategy analysis and director of corporate financial analysis. Before joining Xerox in 1989, he was a manager with PricewaterhouseCoopers. Joe earned a Bachelor of Science in accounting degree from the University of Bridgeport and is a Certified Public Accountant, licensed in the State of Connecticut. 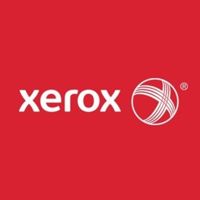