Yahyn, a leading e-commerce wine startup, is pleased to announce two new strategic advisors in support of their continued momentum in the online wine sales business. Rob Weiss and Schuyler Hoversten are leaders in the entertainment industry and both provide unique perspectives for future growth into various business verticals.

Rob Weiss is a television and film producer, screenwriter, actor, and director who is best known for his film adaptations of Entourage, American Psycho, Ballers and Amongst Friends. Rob brings deep entertainment insights and knowledge in successfully growing a lifestyle brand, having partnered with Davidoff to launch a signature cigar line BG Meyer Cigar Co.

Schuyler Hoversten is the President at Dynamic Ticketing Partners and Chief Revenue Officer at LiveXLive, a publicly-traded global digital media company dedicated to music and live entertainment. He holds advisory roles at MilkMoney, SevenRooms, Nightout, and other startups. Schuyler stated that Yahyn's platform is "simply a better way to serve the consumer with their purchase journey, and I look forward to helping Yahyn become the leader in this massive space!"

With e-commerce spirit sales growing by triple digits—and wine sales being the largest contributor of that growth—Pierre Rodgers, CEO and Founder of Yahyn, noted that these two advisory additions will continue to support his vision of "growing Yahyn not only into a leading online platform for wine enthusiasts, but as a luxury lifestyle brand." 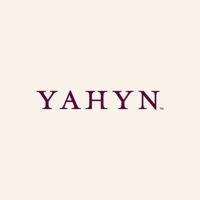