Aparna brings to Zoom an expertise in building operations and infrastructure for rapidly growing technology companies. She serves as Chief Operating Officer. Prior to this, she was Chief Legal Officer and General Counsel. Most recently before Zoom, she was SVP, General Counsel for Magento Commerce, which was acquired by Adobe in 2018. Prior to Magento, Aparna was the VP, General Counsel for Nimble Storage (NYSE: NMBL); she was instrumental in Nimble’s initial public offering in 2013. Later, she lead Nimble’s sale to Hewlett Packard Enterprise in 2017. Previously, Aparna led the legal and corporate development functions for Inphi Corp (NYSE: IPHI). Bawa began her career as a corporate and securities attorney for Wilson Sonsini Goodrich & Rosati. She was also an investment banker at Lehman Brothers and Deutsche Bank, where she executed multiple IPO and M&A transactions for technology clients. 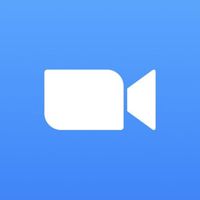