View in org chart
View in org chart
Michael Moritz is a venture capitalist at Sequoia Capital focusing on internet, outsourcing and technology companies. Michael Moritz is listed several times on Forbes’ Midas List, which identifies venture capital’s most successful professionals, ranked No. 2 in the Forbes ’Midas List’ for the year 2009. Michael focuses on software and services investments. Michael currently sits on the boards of [24]7.ai, Earth Networks, Gamefly, Green Dot,Klarna, Kayak.com, LinkedIn, Sugar Inc and The Melt. Michael’s previous investments at Sequoia include Google, Yahoo, PayPal, Flextronics, Pure Digital and Zappos.com. Prior to joining Sequoia Capital in 1986, he worked in a variety of positions at Time Warner and was a Founder of Technologic Partners, a technology newsletter and conference company. He was also the former Bureau Chief of Times, San Francisco. 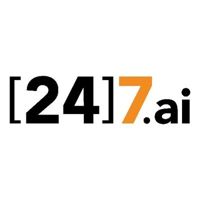