David is the Founder and CEO of A&C Ventures. David started A&C Ventures in 1992. Prior to founding A&C Ventures, David was a Senior Vice President at Arroyo & Coates, a commercial real estate firm in San Francisco. At Arroyo & Coates, David was a disposition specialist to corporations, institutions and private owners. He also spearheaded the firm's sale-leaseback and joint venture efforts. Before joining Arroyo & Coates, David gained experience as a Senior Sales Associate at Marcus & Millichap in San Francisco where he brokered shopping centers throughout California. David received a Bachelors of Business Administration (Emphasis in Real Estate) from Southern Methodist University in Dallas, Texas. 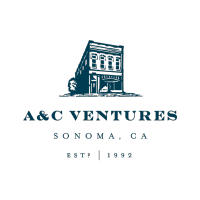