Two-time National Coach of Year, Steve Desimone spent 37 seasons as the head coach of the Cal men’s golf team from 1979-2016, leading the Golden Bears to sustained success for nearly four decades including the program's lone national title in 2004. Desimone’s journey to a national championship and the elite status the program enjoys today started in the fall of 1979 when he came aboard as head coach at Cal to take over a program which had lost its varsity status following the previous season. Desimone was intent on not only returning the program to varsity status but taking it to a higher level. Although the greatest single accomplishment in the program’s history came in 2004, the best extended period of play was certainly throughout the golden era of the program from 2009-14 when Cal made a school-record five straight trips to the NCAA Championships. Desimone and his players have also had success at high-level national and international events in the world of amateur golf. Desimone had the honor of being the head coach of the American team at the 2014 Arnold Palmer Cup at Walton Heath Golf Club near South of London. In 2017, Desimone was inducted into the Cal Athletic Hall of Fame Addedsport is honored to have "Coach D" as our Advisor More info: https://calbears.com/hof.aspx?hof=304 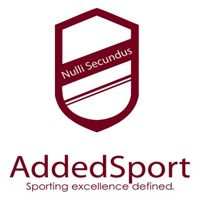