Ron Wolf has 30 years of aviation industry experience, holds an FAA airframe and powerplant license, and specializes in quality standards. Ron established his aviation career in 1984, while serving in the U.S. Army as a Turbine Engine Mechanic, where he received an FAA Airframe & Powerplant license. Gaining expertise through industry leaders such as Volvo Aero Services, AeroTurbine, American Composites, and AAR, he gradually progressed from a repair station position to several management positions, while strengthening industry relationships. Throughout his career, Ron has been involved with implementing and maintaining various quality standards, including ISO 9001:2000, AS 9120, ISO 14001, and ASA-100. As a leader who is dedicated to professional growth and networking, he joined the Quality Committee for ASA in 1997, has participated in AFRA since its inception in 2006, and held an elected position on the Board of Directors. Ron is a familiar face throughout the industry and is often called upon for quality guidance and regulation interpretation. He was also selected by the ASA to ensure and maintain impartiality by all ASACB certification activities for ISO 9001:2000. In his role at AerSale®, Ron develops strategies within Facility Operations, Technical Records, Purchasing & Repair Management, and Quality Standards. 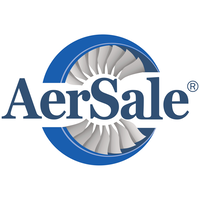