Mike comes to Amazon with over 20 years of industry experience at Fox, Hulu and Sony. Hopkins joined SPT in October 2017 and focused most of his efforts over the past 2+ years on restructuring the studio’s TV operations. Under his watch, Sony acquired the remaining 42% of GSN it didn’t already own from AT&T and sold a majority stake in its streaming service Crackle to Chicken Soup for the Soul, among other deals. Hopkins was named CEO of Hulu in 2013 amid turmoil at the streaming service, then co-owned by 21st Century Fox, Disney, NBCUniversal and Time Warner, which at the time had been run by an interim CEO with its owners exploring a sale. During his four-year tenure, Hopkins built up the company, which doubled revenue and tripled its market valuation and made Emmy history as the first streaming service to land a Best Series award for The Handmaid’s Tale. Prior to that, Hopkins was President of Distribution for Fox Networks where he oversaw the distribution strategy, sales and marketing for the company’s 45 linear and non-linear U.S. channels, as well as on-demand and digital extensions. His team also developed authenticated and digital video products BTN2GO and Fox Now. 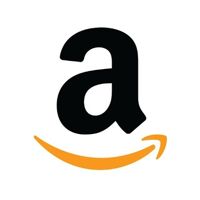