Brian Scott joined AMN Healthcare in December 2003. He was appointed CFO, Chief Accounting Officer, and Treasurer in January 2011. Prior to that time, Mr. Scott served in a variety of financial and operational roles for AMN, including most recently as Senior Vice President of Operations, Finance, and Business Development, in which capacity he oversaw our corporate financial planning and analysis, capital funding and business development activities. He has also served as President of the pharmacy staffing division and as Director, Senior Director and Vice President of Finance, where his roles have included overseeing all accounting operations and SEC reporting. Mr. Scott started his career in San Francisco with KPMG and later became a partner in a mid-sized CPA firm. Mr. Scott also served as controller of a biotechnology company. He is a certified public accountant (inactive) in California, and received his bachelor’s degree in accounting from California Polytechnic State University, San Luis Obispo and a Master's of Business Administration from the McCombs School of Business at the University of Texas at Austin. 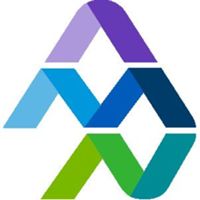