View in org chart
View in org chart
As President, Chief Executive Officer, and member of the Board of Directors, Mr. Roche sets Analog Devices’ strategic vision and oversees operational execution across the business. Since becoming ADI’s president in 2012 and CEO in 2013, Mr. Roche has been instrumental in growing the organization’s market leadership in the high-performance analog sector through a strong customer-centric focus and unyielding commitment to innovation and engineering excellence. Under his leadership, ADI has expanded the breadth of its product portfolio and added new technologies and capabilities to provide more comprehensive solutions to customers’ toughest technical challenges. Mr. Roche is only the third CEO to lead the company since its founding in 1965. He began his career at ADI in 1988, progressively gaining responsibility in product line management, strategic marketing, and business unit management roles during his early tenure. Mr. Roche held senior positions for ADI in Ireland, Massachusetts, and California, and in 2001 was given responsibility for global sales and marketing as Vice President of Worldwide Sales. In 2009, Mr. Roche was named Vice President for the newly created Worldwide Sales and Strategic Market Segments Group, where he focused on integrating ADI technology into optimized solutions for industrial, automotive, and infrastructure customers. Mr. Roche was promoted to President of ADI in 2012, taking responsibility for all R&D, sales, marketing and business development and in May 2013, he was appointed President and Chief Executive Officer. Mr. Roche serves on the Board of Directors of Acacia Communications, Inc., a leading developer of high-speed coherent optical interconnect products that transform communications networks through improvements in performance and capacity and a reduction in associated costs. Mr. Roche earned a Bachelor's degree in Electrical Engineering from University of Limerick in Ireland. 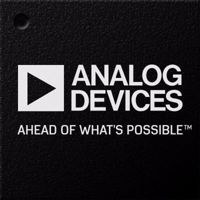