Bernadette Chala joined the Arbonne team in 2012, supporting our Legal and Compliance teams, first as our Corporate Counsel and now as our Chief Legal Officer, General Counsel. Bernadette’s responsibilities include overseeing Arbonne’s day-to-day legal affairs and direct sales compliance, managing Arbonne’s intellectual property estate, overseeing marketing compliance, and supporting Arbonne’s Regulatory team and global product distribution and expansion. Before joining Arbonne, Bernadette served as the General Counsel of American Sporting Goods/AVIA, a leading manufacturer and supplier of footwear and apparel, where she oversaw that company’s entire legal affairs and compliance efforts. She earned her Juris Doctor from UCLA School of Law and is an active member of the State Bar of California. Bernadette loves working at a company where she happily uses its products every day and would like to remind you that you are only as old as your skincare regimen. 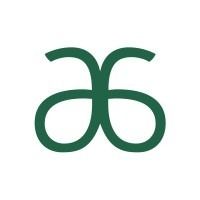