Board Member at Autism Speaks

Scott R. Carpenter is the president and chief executive officer of Savor Street Foods (formerly The Bachman Company), a contract manufacturer of baked and extruded food products for private brands. He joined the Bachman Company in 1992, becoming vice president of sales and marketing in 1996 and later serving as president from 2000 to 2012. Mr. Carpenter purchased the company in 2012, and repositioned it as a contract manufacturer focused on baked, gluten-free, and organic convenience foods. Mr. Carpenter, who holds a Bachelor of Arts degree from Lehigh University, has served on various industry and community boards. He and his wife Suzie reside in New Jersey and have two daughters. Their younger daughter, now a young adult, was diagnosed at an early age with autism spectrum disorder. Since 2005, Mr. Carpenter has been an active supporter of Autism Speaks. In 2009, he helped found the annual Autism Speaks Fall Classic fundraising event at Baltusrol Golf Club in New Jersey. 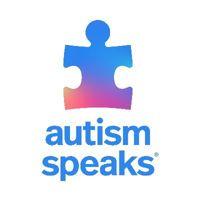