Executive Director and Executive Vice President at Bank of China 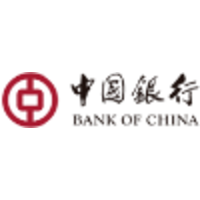