Board Member at Blossom Street Ventures

Robert has been an entrepreneur and investor his entire adult life. Shortly after graduating Colgate University in 1994, with a double major in computer science and psychology, he joined software startup Sundance Digital – as employee number two. Robert quickly found himself as CEO and majority shareholder of the fledgling company. Under his leadership, the company grew to become one of the world’s largest providers of software to automate television stations. Their customer list included many households names in the US, South American, and Asia. In 2006 the company was sold to Avid Technology (NASDAQ: AVID) and Robert transitioned into a corporate VP of Enterprise Sales role. After leaving Avid, Robert became involved in the oil & gas industry where he worked with a partner to consolidate production assets in the East Texas field. The resulting company was sold to Gale Force Petroleum (TSX:GFP), a public Canadian company, and Robert currently sits on the board as a member of the reserves and audit committees. In 2008 Robert founded TeamSupport.com which provides enterprise-class customer service software, delivered via the web. TeamSupport is growing rapidly in this $4.6B market and focuses on customers who see customer support as a key strategic differentiation. Their customer base includes AT&T, the NBA, the American Lung Association and WalMart. 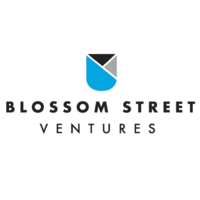