David Angus was appointed Music Director of Boston Lyric Opera in 2010 following his highly successful debut conducting Idomeneo, re di Creta during the Company’s 2009/2010 Season. He is also the Honorary Conductor of the Symphony Orchestra of Flanders, following several years as its Principal Conductor, during which time he played a major part in establishing it as Belgium’s most exciting and successful new orchestra. Born in England, David spent his early years in Belfast. He was a boy chorister at King’s College, Cambridge, under Sir David Willcocks, and he read music at Surrey University where he specialised as a pianist. He finished his training with a Fellowship in Conducting at the Royal Northern College of Music in Manchester, where he won several prizes for his opera conducting. His professional career began as a repetiteur with Opera North before becoming Chorus Master and Staff Conductor for Glyndebourne Festival Opera. At Glyndebourne he conducted many operas, both in the Festival and on tour. David’s operatic career then took him to Italy, where he conducted several productions and concerts in Turin, Milan, Bologna and Modena. He has worked with Scottish Opera, Opera North and English Touring Opera, and conducted many productions elsewhere in the UK and Ireland, including several British premieres for the Brighton Festival. In mainland Europe, he has worked at Opéra National de Paris, Danish National Opera, Malmö Opera and Icelandic Opera. In North America, he has been the Music Director of Glimmerglass Opera, where he conducted for five seasons, and he has also conducted for the Canadian Opera Company and Cleveland Opera. On the UK concert platform, David regularly conducts the London Philharmonic, both in concert and in the recording studio. He has appeared with most of the major orchestras in the country, including the Royal Philharmonic Orchestra, Hallé Orchestra, the BBC’s Philharmonic and Scottish Symphony Orchestras, the London Mozart Players, the Ulster Orchestra, the English Chamber Orchestra, the Scottish Chamber Orchestra and the Northern Sinfonia. David Angus broadcasts frequently on BBC Radio 3 and abroad in Austria, Ireland, Holland, Denmark, Italy, and particularly on Klara, the Belgian Classical Music channel. He conducts orchestras and choirs all over Europe, particularly in Scandinavia where he is a regular guest with the Lahti Symphony Orchestra and several Danish orchestras. In North America, he has had appeared with the Utah Symphony, the San Antonio Symphony and the Calgary Philharmonic. An affinity with the music of Benjamin Britten started when he sang for Britten as a boy chorister at Aldeburgh, and since then he has conducted for the Aldeburgh Festival and for several years was the Vocal Consultant to the Britten-Pears School. David Angus has a natural empathy with young musicians and he finds working with youth orchestras particularly rewarding. Apart from his regular commitments with Boston Lyric Opera, the London Philharmonic and his former orchestra in Belgium, future plans include Cilea’s L’arlesiana at the Wexford Festival, his Central American debut with the UNAM Philharmonic Orchestra in Mexico City, and a welcome return to the Dartington International Summer School to conduct Dvorak’s Stabat Mater. 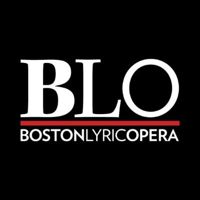