Derek Taylor was appointed Vice-President, Eastern Region in December 2019. In his role, he has responsibility for portions of CN’s network in both the United States and Canada including from the U.S Gulf Coast to the Canadian border, from the Ontario border with Michigan to Toronto, and from Ontario to Nova Scotia. Prior to his new role, Derek was CN’s Vice-President, Southern Region since August 2018. He has also served as General Manager in Fond du Lac, WI, and in Homewood, IL. Derek joined CN as a Management Trainee in Winnipeg in 2000. He subsequently took on roles of progressively increasing responsibility, including as Trainmaster, Assistant Superintendent, Superintendent and General Superintendent, in a variety of locations, such as Chicago, Champaign, Memphis and Vancouver. Derek earned a Bachelor of Arts degree at DePauw University, IN. 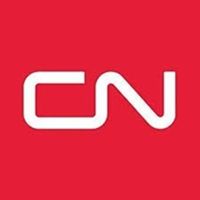