Dr. Ricardo Corral-Luna has been appointed as the first international member of the Advisory Board of Carbyne, with the objective of adding to this board of trusted advisors his long experience in public safety policy-making. Dr. Corral-Luna has a PhD in Political Economy from the University of Essex in the United Kingdom, a Master's degree in Public Administration from the National Institute of Public Administration, and a Bachelor's Degree in Economics from the National Autonomous University of Mexico. He has 30 years of professional experience as a consultant, academic, as well as a senior public safety official of the Mexican government. I stands out his expertise in coordinating rule of law and public security institutions nationwide. As the Deputy Director of National System of Public Security, he was responsible for the creation of the National System of Emergency Management 9-1-1, including a new model for the attention and dispatch of emergency calls and the development of a national network for the coordination of more than 190 state and municipal PSAPs across Mexico. As Head of the National System of Criminal Information he was in charge of coordinating the national criminal information systems and databases developing as well as the creation of national standards and regulatory frameworks for the security sector such as the Technical Norm for the Standardization of Video Surveillance Systems; the new Methodology for National Crime Statistics and the Technical Standard for Homologating Security Complexes (C4/C5) in Mexico. 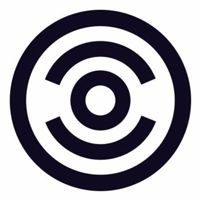