Mr. Hawn joined CD&R in 2020. Prior to CD&R, he spent twenty years as a senior executive in the software industry, serving as CEO for a series of successful enterprises. Most recently, Mr. Hawn served as chairman and CEO of Quest Software from the time it was carved out from Dell in 2016 until 2019. Prior to Quest, he served as the chairman and CEO of Vertafore, a provider of software solutions for the insurance industry, and Attachmate, a developer of software used to manage access to enterprise applications and databases. Previously, he was senior vice president of operations at BMC Software. He spent ten years as a management consultant at McKinsey & Company, where he was a partner. Mr. Hawn has served as a director on more than a dozen boards for publicly traded and privately held software companies. 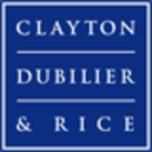