Mr. Salim is the General Counsel and a Partner of CenterOak. He serves on the Investment Committee and is responsible for the Firm’s daily operations, which include legal affairs and investor reporting, and support for the Firm’s transaction execution and portfolio monitoring. Prior to CenterOak, Mr. Salim fulfilled the same responsibilities at Brazos Private Equity Partners, where he served as Chief Operating Officer and General Counsel. Previously, Mr. Salim was employed as a Principal, General Counsel and Chief Financial and Administrative Officer at a multinational private equity firm that raised and deployed more than $11 billion across several domestic and international funds. Prior to that, Mr. Salim was employed by two Dallas law firms where he served as a Partner and Practice Head, specializing in corporate, partnership and securities law. As a practicing attorney, Mr. Salim has completed public and private financings and M&A transactions totaling several billion dollars. Mr. Salim received a Juris Doctor degree from Southern Methodist University and a Bachelor of Arts degree with highest honors from Texas Christian University. 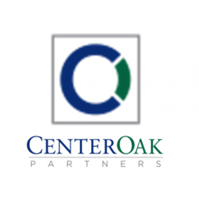