Christopher James Lees was named Resident Conductor of the Charlotte Symphony in 2018. Music Director Christopher Warren-Green appointed Lees Assistant Conductor of the Charlotte Symphony in the 2016-17 season, and since then, Lees has curated and conducted more than 50 performances a year, not only leading Movie and Family Series concerts but also the Symphony's popular On Tap series at Charlotte-area breweries, and the Symphony's traveling series, CSO On the Go. In the community, he leads the Charlotte Symphony Youth Orchestras, Healing Hands performances at area senior care centers and recreation centers, and conducts Link Up, a program of Carnegie Hall, which engages over 3,000 students in the Symphony experience at Belk Theater. He has also led the Nutcracker collaboration with Charlotte Ballet. Only the second American Gustavo Dudamel Conducting Fellow with the Los Angeles Philharmonic, Mr. Lees made his debut with the orchestra in April 2013 and returned for concerts in February 2015. Recently, Mr. Lees has returned for performances with the Los Angeles Philharmonic, as well as the Houston, Detroit, Milwaukee, and North Carolina symphonies, and conducted debuts with the Indianapolis, Kansas City, Toledo, Flint, Portland (Maine), Winston-Salem, Kalamazoo, and New Bedford symphonies. Additional guest conducting engagements have taken him to the National Arts Centre Orchestra, Orchestre de Chambre de Paris, Aspen Philharmonic Orchestra, Cabrillo Festival Orchestra, and at the Music in the Mountains Festival & Festival Internacional de Inverno de Campos do Jordão in Brazil. He received a prestigious Career Assistance Grant from the Solti Foundation US and was showcased as one of six conductors selected for the 2011 Bruno Walter Memorial Foundation National Conductor Preview, hosted by the League of American Orchestras and Louisiana Philharmonic Orchestra. A passionate advocate for contemporary music, Mr. Lees has premiered more than one hundred fifty new works by a diverse range of composers, and collaborated closely with Pulitzer Prize winners John Adams, William Bolcom, John Corigliano, Jennifer Higdon, Joseph Schwantner, Steven Stucky, Caroline Shaw, Roger Reynolds, and Julia Wolfe. Since 2014, Mr. Lees has served as Music Director of the UNC School of the Arts Symphony Orchestra. In this position he has spearheaded cross disciplinary collaborations across five arts schools: Integrating world premiere choreography into Symphonic Orchestra concerts, producing the first UNCSA Collage Concert, and conducting the musical components of CP Taylor's 1981 play, Good a piece of fully staged theatre in which the chamber orchestra plays a leading dramatic role. A native of Washington, D.C., Mr. Lees holds bachelors and master's degrees from the University of Michigan, and has studied conducting with Larry Rachleff and Robert Spano, as well as having participated in masterclasses with Lorin Maazel, Michael Tilson Thomas, Gustav Meier, and Jorma Panula. 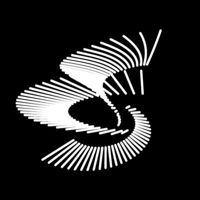