Gene Binder is the author of Connecting the Dots and founder of Cornerstone Boulder in Boulder, Colorado. He was raised in the conservative branch of Judaism until the age of 10, and began following Rabbi Yeshua (Jesus) at the age of 31. He and his wife Andrea are both from Southern California and have enjoyed more than four decades of marriage. During one very difficult season in their relationship Gene and Andrea found faith in God. Out of Gene’s personal journey was born a passion to help people navigate the challenges of life and understand their unique journey and role within the context of God’s all-encompassing Grand Story. Gene pursued an MA from Talbot Theological Seminary and has been a pastor for more than thirty years. Many affectionately call him Rabbi Gene. Cornerstone Boulder is a unique congregation that respects and observes both the Jewish and Christian traditions, and Gene helps connect the dots between the two faiths. They call it “confluence,” the merging of two streams. Cornerstone Boulder started in 1994 with thirty members and has grown to more than 1,000 people. Gene and Andrea have two adult children — Lisa, a yoga teacher and counselor in Boulder and Michael, a music producer in Boulder; and four grandchildren — Hannalee, Caleb, Noah and Mia. He enjoys keeping fit, playing guitar and growing old with his wife. He travels often, including leading spiritual journeys to Israel and helping to build bridges of peace between all three of the Abrahamic faiths. 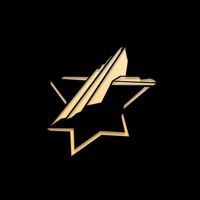