Board Member at Dallas Fort Worth International Airport

William (Bill) Meadows is Chairman Emeritus at Hub International Services. Prior to its acquisition by Hub, Mr. Meadows served as Executive Vice President of The Rigg Group, Inc. Mr. Meadows joined the DFW Airport Board in February 2014 as a representative of the city of Fort Worth. Mr. Meadows is well known in Texas and Tarrant County for his many years of public service. He served four terms on the Fort Worth City Council, including an appointment as Mayor Pro Tem. His public involvement demonstrates a dedication to transportation and water issues. Besides his place on the DFW Airport Board of Directors, Mr. Meadows is the current chair of the North Texas High Speed Rail Commission. Previously, he was a member of the Texas Transportation Commission and a vice chair of the North Texas Tollway Authority Board of Directors. His prior service includes Tarrant County Regional Water District Advisory Board, Texas Water Development Board, and Region C Water Planning Group. He also served as the vice chair for the City of Fort Worth Parks and Community Services Board. Additionally, he held appointments to the Fort Worth Chamber of Commerce, Hatton Sumners Foundation and Fort Worth County Day School Board of Trustees. For his business activities, Mr. Meadows has held seats on the boards and executive committees of Summit National Bank, Liberty Banc Shares and First Choice Power. Mr. Meadows was recognized for his more than 30 years of public service with The Golden Deeds Award Outstanding Citizen Award, along with the YMCA of Metropolitan Tarrant County Chi Rho Award for outstanding community service. He continues to sit on the boards of several community and civic organization. Mr. Meadows earned his Bachelor of Arts degree from Southwestern University in Georgetown, Texas, where he also served as a trustee. He studied abroad at the Harlaxton Institute in Grantham, England. Mr. Meadows has two children and currently resides in Fort Worth with his wife, Patricia. 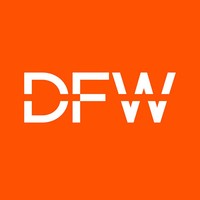