Harry Evans Sloan is a media investor, entrepreneur and studio executive and Vice Chairman of the Board. Mr. Sloan co-founded Flying Eagle (NASDAQ: FEAC), a special purpose acquisition vehicle, in 2020, and serves as its Chief Executive Officer and Chairman. Additionally, Mr. Sloan co-founded Global Eagle Acquisition Corp., a special purpose acquisition vehicle, in 2011, serving as its Chairman and Chief Executive Officer through its business combination with Row 44, Inc. and Advanced Inflight Alliance AG in January 2013, and remains a director of the combined company, Global Eagle Entertainment Inc. (NASDAQ: ENT). He was also a founding investor in a number of other special purpose acquisition vehicles, including Silver Eagle Acquisition Corporation, in which he served as Chairman and Chief Executive Officer from April 2013 through its business combination with Videocon d2h Limited (Nasdaq: VDTH) in March 2015, Double Eagle Acquisition Corporation, Platinum Eagle Acquisition Corporation and DEAC. Mr. Sloan served on the board of directors of Videocon from May 2016 to April 2018. From October 2005 to August 2009, Mr. Sloan served as Chairman and Chief Executive Officer of Metro-Goldwyn-Mayer, Inc. (“MGM”), a motion picture, television, home entertainment, and theatrical production and distribution company, and thereafter continued as non-executive chairman until December 2010. MGM filed for bankruptcy protection in 2010. Throughout his impressive entrepreneurial career, Mr. Sloan was responsible for the creation or sponsorship of three successful public companies in the media and entertainment industries: Lions Gate Entertainment Corp., an independent motion picture and television production company, New World Entertainment Ltd., an independent motion picture and television production company, and SBS Broadcasting, S.A., a European broadcasting group, operating commercial television, premium pay channels, radio stations and related print businesses in Western and Central and Eastern Europe, which he founded in 1990. Mr. Sloan began his career as an entertainment lawyer with Sloan, Kuppin and Ament, a law firm he founded. He currently serves on the University of California, Los Angeles Anderson School of Management Board of Visitors, the Executive Board of UCLA Theatre, Film and Television and the Harry and Florence Sloan Family Foundation. Mr. Sloan received his J.D. from Loyola Law School and his B.A. from the University of California, Los Angeles. 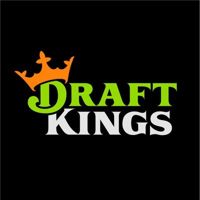