Agnès Pannier-Runacher is the Minister Delegate to the Minister of the Economy, Finance and Recovery in charge of industry. She was born on June 19, 1974. University education: HEC graduate, former student of ENA and Sciences-Po. Professional career: Inspector of Finance at the Ministry of Finance (2000) Chief of Staff of the Director General of Assistance Publique-Hôpitaux de Paris (2003-2006) Deputy Director of Finance and Strategy of the Caisse des Dépôts Group (2006-2008) Creation of the Strategic Investment Fund (FSI) and integrates its executive committee (end of 2008) R&D Division Director at Faurecia Interior Systems (2011-2013) Deputy CEO at Compagnie des Alpes (2013-2018) Director of listed and unlisted private companies (until October 16, 2018) Director of the Grameen Crédit Agricole Foundation and of the Observatory of the Intangible (until October 16, 2018) Member of the Advisory board of Ashoka France (until October 16, 2018) Elected Young Leader of the France-China Foundation 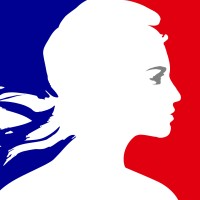