Gerard Ewe Keng Lim was appointed to serve as a director in September 2017. Mr. Lim serves as a director of Kien Huat Realty III Limited (“Kien Huat”), the Company’s largest stockholder. Since February 2009, Mr. Lim has served as general manager of Kien Huat Realty Sdn Berhad (“KHRSB”), which is a holding company that is a substantial shareholder of Genting Berhad. Genting Berhad is the holding company for the Genting Group, a multi-national conglomerate that includes, among other things, hospitality and casino holdings worldwide. Mr. Lim also serves as director of Golden Hope Limited (“Golden Hope”), which acts as trustee for an investment holding company that is an affiliate of Kien Huat. Such investment company for which Golden Hope serves as trustee is also a substantial shareholder of Genting Hong Kong Limited (formerly known as Star Cruises Limited) which is publicly traded in Hong Kong and Singapore. In his position as general manager of KHRSB and director of Golden Hope, and in his positions as director of various subsidiaries and affiliates of KHRSB and Golden Hope, Mr. Lim oversees the investments of KHRSB and Golden Hope in various concerns, including a ski resort, casino resorts, genomics, real estate and leisure lifestyle companies. Mr. Lim also serves as a director of Resorts World Inc Pte Ltd., an affiliate of the Genting Group and the parent entity of Resorts World Services Pte. Ltd., from which the Company licenses the “Resorts World” and “Genting” brand names. Mr. Lim also serves as a director of Grand Banks Yachts Limited, a company publicly traded in Singapore with significant subsidiaries in the business of manufacturing and selling luxury yachts worldwide. Genting Hong Kong Limited indirectly holds a substantial ownership interest in Grand Banks Yachts Limited. Prior to joining KHRSB and Golden Hope, from 1997 to 2007, Mr. Lim held various positions with Genting Hong Kong Limited. Most recently, Mr. Lim served as its chief financial officer from 2004 to 2007. Mr. Lim holds a Bachelor of Science in Chemical Engineering from the University of Birmingham and a Master’s degree in Business Administration from the University of Aston. 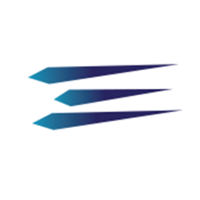