Andy joined FDM in 1994 and progressed through the Group’s sales team to become Global Sales Director in 2007 and, subsequently, Chief Commercial Officer. Andy oversees the expansion of the Group with a focus on the sales and recruitment functions. Andy’s strategic focus is around developing new service streams in line with client demands, as well as increasing the number of applicants for the Group’s Graduate programme, which are both key areas to the success and growth of the Group. Andy also played a key role in the launch and success of the UK Ex-Forces Programme. 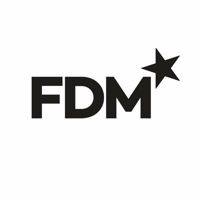