Jorma Jokela is the CEO and the founder of the Company and Ferratum Group. The CEO is responsible for managing the Group’s day-to-day operations in accordance with the rules and instructions issued by the Board of Directors. Jorma Jokela was born in 1979. He studied accounting at the Commercial College of Kuopio and the Helsinki Business College, and has an eMBA from IMD Business School in Lausanne, Switzerland. He is the founder of Jokela Capital Oy in Helsinki where he headed the company as CEO from 1998 to 2000. He subsequently sold the Jokela Capital business in 2004. In 2005, he founded the Group and has been its CEO and member of the Board of Directors since then. Jorma Jokela is currently a member of the board of Tinozza Oy, JT Capital Limited and European Recruitment Company OÜ. In addition, he acts as chairman of the board of Jokela Capital Oy and Minuntalli Oy.Jorma Jokela holds as of 31 December 2020, directly and indirectly 11 987 374 shares in the Company. Jorma Jokela is not independent of the Company and not independent of the significant shareholders. 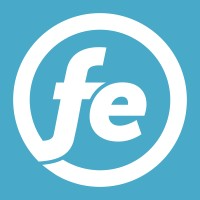