Russell Ford is a senior executive with more than 35 years of experience within the global oil and gas industry. He started his career at Shell’s E&P business in 1981 as a production engineer working in upstream. Afterwards, he served in a series of technical, operational and leadership roles across a number of onshore and deep-water assets, in upstream research, and as head of M&A for North America. Mr. Ford has served as Head of EP Strategy and Portfolio (2003-2004), and has held several positions in Royal Dutch Shell such as Private Assistant to its Chief Executive (2004-2005), Vice President over upstream onshore and offshore development in the Western Hemisphere (2005-2009), Executive Vice President Onshore (2009-2012), and Executive Vice President of Contracting and Procurement (2013-2015) leading Royal Dutch Shell Group’s global supply chain activities. He served as Chairman of the Board of AeraEnergy from 2012 until 2015 and is currently a member of the University of Michigan’s Energy Institute External Advisory Board. Since retiring from Shell in June 2015, he has advised companies and financial institutions on project-specific matters. Mr. Ford has a BS in Mechanical Engineering from the University of Michigan and an MBA from California State University. 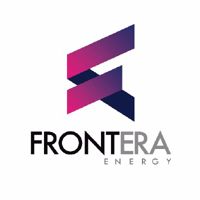