CEO, Member of the Board of Directors, Founder at Gambling.com Group

Charles Gillespie founded Gambling.com Group Plc in 2006. He leads the Group as its Chief Executive and has served on the board of directors since the start. As is typical of so many American Internet success stories, Charles started what would become Gambling.com Group Plc from his bedroom while still attending university. Before finishing up his undergraduate degree at the University of North Carolina, Charles was overcome with the vast future potential of online gambling. Without the funds to start a fully-fledged, licensed online gambling operation, Charles focused his limited resources on performance marketing instead. In order to launch his first website, he taught himself how to program and build websites on the back of database systems. After initially pursuing an East Asia strategy, Charles re-focused the business on regulated European markets in 2010. Shortly thereafter, Charles secured the domain name Gambling.com for his growing business and moved to the Principality of Monaco where he is still based today. Under Charles' leadership, Gambling.com Group has become one of Europe’s largest and fastest-growing performance marketing companies, regularly winning awards and being honoured as a leader in the industry. In 2017, Charles launched an M&A strategy for the Group by raising EUR 16m to expand the business through a series of acquisitions. The Group acquired four competitors, increasing its market share in the United Kingdom and Sweden. Ahead of the landmark ruling by the Supreme Court of the United States in May 2018 which removed the barriers to legal online sports betting in the United States, Charles directed the acquisition of key sports betting assets which included bookies.com and bookmakers.com. In conjunction with the rise of the new regulated American market, Charles spent considerable time in the U.S. in 2018 and 2019, educating regulators, influencing policymakers, and sharing insights with media. Charles has appeared in mainstream and business media including BBC World News, Forbes and ESPN, and is frequently interviewed by gaming industry publications such as Gambling Insider, EGR Magazine, iNTERGAMINGi and CalvinAyre.com. Charles’ most recent public affairs efforts garnered placement in newspapers across America including the Charlotte Observer, the Tennessean, the New Jersey Star-Ledger, the Mississippi Clarion-Ledger and the Everett Herald. 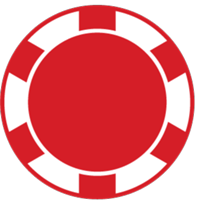