Jeff Jonas joined Sage as CEO in 2013 and has more than 20 years of experience on both the scientific and business sides of the pharmaceutical and healthcare industries, particularly in the CNS field. Before joining the Sage team, Jeff served as president of the regenerative medicine division of Shire plc and previously as senior vice president of research and development, pharmaceuticals at Shire. Prior to Shire, he served as the executive vice president of ISIS Pharmaceuticals (now known as Ionis Pharmaceuticals), as the chief medical officer and executive vice president of Forest Laboratories, Inc. and in senior-level positions at Upjohn Laboratories. Jeff founded AVAX Technologies, where he served as CEO and president, and SCEPTOR Industries, where he served as chairman, president and chief technology officer. Earlier in his career, he served as independent director at Cara Therapeutics, Inc. and director of AVAX Technologies. He has published more than 70 scientific papers and chapters, authored more than 100 books, scientific articles and abstracts, and has received numerous awards. Jeff received his B.A. from Amherst College and M.D. from Harvard Medical School. He completed a residency in psychiatry at Harvard and then served as chief resident in psychopharmacology at McLean Hospital, Harvard Medical School. 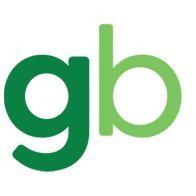