Chairman of the Board of Directors at Hilton Worldwide

Jonathan D. Gray is President and Chief Operating Officer of Blackstone Group Management L.L.C., the general partner of The Blackstone Group L.P. (“Blackstone”), and has served as a member of the board of directors of Blackstone since February 2012. He previously served as global head of real estate for Blackstone from January 2012 through February 2018. He also sits on Blackstone’s management committee. Mr. Gray served as a senior managing director and co-head of real estate from January 2005 to December 2011. Since joining Blackstone in 1992, Mr. Gray has helped build the largest private equity real estate platform in the world with over $120 billion in investor capital under management as of September 30, 2018. Mr. Gray received a B.S. in Economics from the Wharton School, as well as a B.A. in English from the College of Arts and Sciences at the University of Pennsylvania, where he graduated magna cum laude and was elected to Phi Beta Kappa. He also serves on the board of Harlem Village Academies and Trinity School. He previously served as a board member of Nevada Property I LLC (The Cosmopolitan of Las Vegas), Invitation Homes Inc., Brixmor Property Group Inc. and La Quinta Holdings Inc. Mr. Gray and his wife, Mindy, have established the Basser Research Center at the University of Pennsylvania School of Medicine, which focuses on the prevention and treatment of certain genetically caused breast and ovarian cancers. 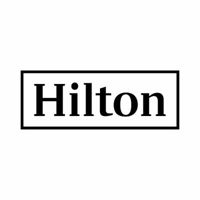