Enrique Lores was President of HP’s $20 billion Imaging, Printing & Solutions business. In August 2019, he was elected by the HP board of directors to serve as the company’s President and CEO, effective November 1, 2019. Lores is one of the company’s most accomplished, multi-faceted leaders. During his 30-year career, he has held senior leadership positions spanning HP’s Personal Systems, Print, Industrial and Services businesses across country, region and worldwide roles. Roles have included GM of HP’s commercial PC business, SVP of worldwide customer support and services, and SVP of worldwide sales and solutions, among others. Since 2015, Lores has reinvented HP’s print business and consistently outperformed the company’s printing peer set with a focus on differentiated innovation, business model evolution and strategic M&A – including the company’s acquisition of Samsung’s printer business in 2017 – while fostering important ecosystem partnerships including Canon and Xerox. Lores was a key architect of the separation of Hewlett-Packard Company in 2015, of one of the largest and most complex corporate separations in business history and he successfully led the Separation Management Office. He was instrumental in transforming HP’s cost structure while simplifying the organization and creating the capacity to invest in innovation to drive profitable top and bottom-line growth. Throughout 2019, Lores has been working with the HP board of directors on a comprehensive global review of HP’s strategy and business operations, with a focus on simplifying its operating model, evolving its business models and driving improvement in its cost structure while making the company more digitally enabled and customer-centric. Lores is deeply rooted in HP values and an advocate for the company’s Sustainable Impact strategy, aligning business and societal needs. He has spearheaded HP’s commitment to environmental sustainability and consistently drives efforts to positively impact people, planet and communities around the world. Lores began his career as an HP intern, earning his degree in electrical engineering from the Polytechnic University of Valencia and his MBA from ESADE Business School. He is a passionate, purpose-driven leader who believes in building strong teams and empowering people. He serves on the boards of Silicon Valley Leadership Group and ESADE Business School. Lores is based in Palo Alto, California. 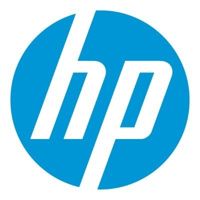